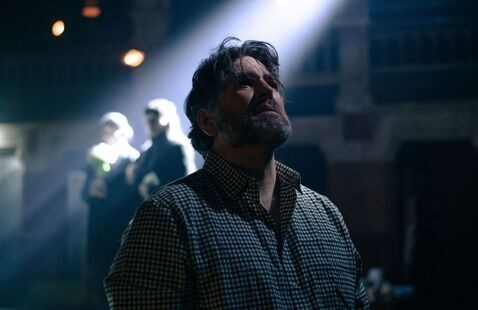 ArtsKSU is proud to partner with the Atlanta Opera in a new take on Bela Bartok’s Bluebeard’s Castle from director Daisy Evans and conductor Stephen Higgins, together the creative force behind England’s Theatre of Sound, that is making its American debut. Typically staged as a psychological thriller or Gothic horror as the lover uncovers the secrets of Bluebeard’s past, this brilliant new production centers the story on the loss of a loved partner to the ravages of dementia in a way that will resonate with anyone who has dealt with aging partners or parents.

Michael Mayes, who has starred in several of The Atlanta Opera productions including Sweeney Todd, Dead Man Walking and The Kaiser of Atlantis, reunites with Susan Bullock as Bluebeard and Judith, roles they created for the world premiere of this production in London.

Bailey School of Music, College of the Arts